Well it was time to head off with the bike all packed up and GPS was loaded with the routes and check points. The start at Wanganui was only an hour away from home so didn’t leave until 10:30am for a leisurely ride down. Stopped to fill up at Wanganui and got my first fright. After filling up and pulling away I went to start the route on the GPS but the GPS was blank. It had not come to life after the stop for gas. Pulled over and took it out of its cradle and tried to power it manually but no go. Was starting to get a bit worried as I did not have my route planned out on a readable map when all of a sudden it burst into life and gave me no more issues since. Guess it was just having fun with me.

Arrived at the start about 11:20am and already a few bikes there and saw the note about Mike. Put a bit of a damper on the start having had the same thing happen to my mother recently and my brother in law two years ago. I know how bad they can be.

Anyway it was soon time to be off and after the briefing hoped onto the bike for what was going to seem a long ride. First stop was the 1000 pointer at Makuhou. 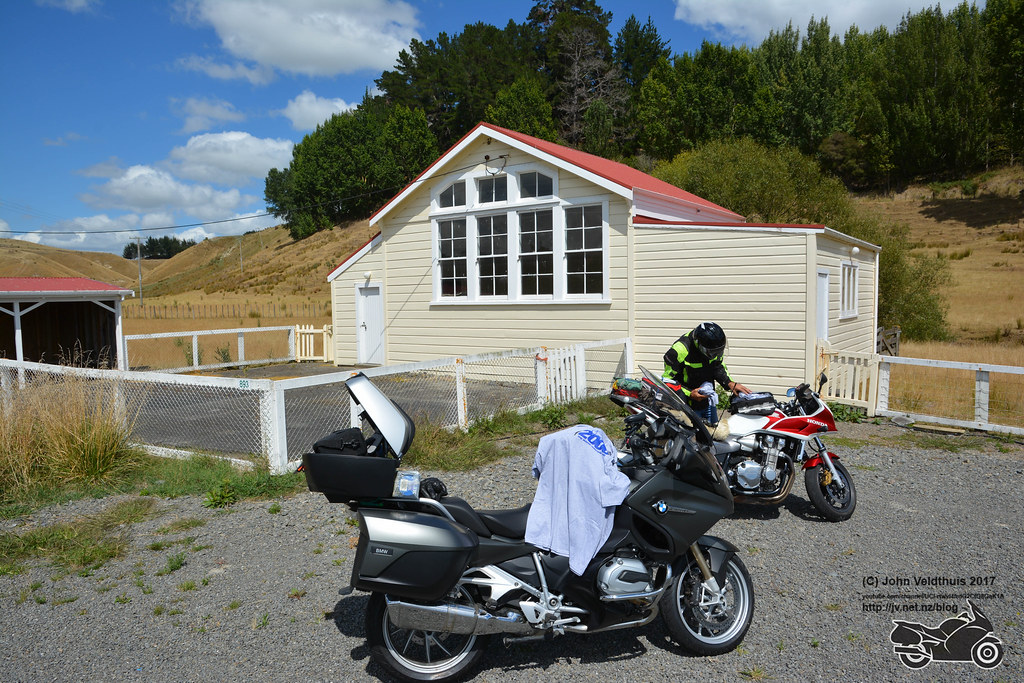 I seemed to be first away in this direction and had not checked it out before hand. Was getting close and took the final turn and was looking at the GPS and actually missed the checkpoint as it was out a bit in the GPS. Realized and did a quick u-turn for a quick photo and on my way to the next one.

The next stop was out the back of Waitotara and I had checked this one out. Once I got to Waitotara I stopped and turned my helmet camera on. Youtube video of the 30 minute ride can be found here. Quite a bit of traffic on such a back road and was forced to stop on a narrow bit of road for a convoy of trucks. Took the photo of the bridge at Makakaho Junction and headed back to Wanganui to re-fuel. 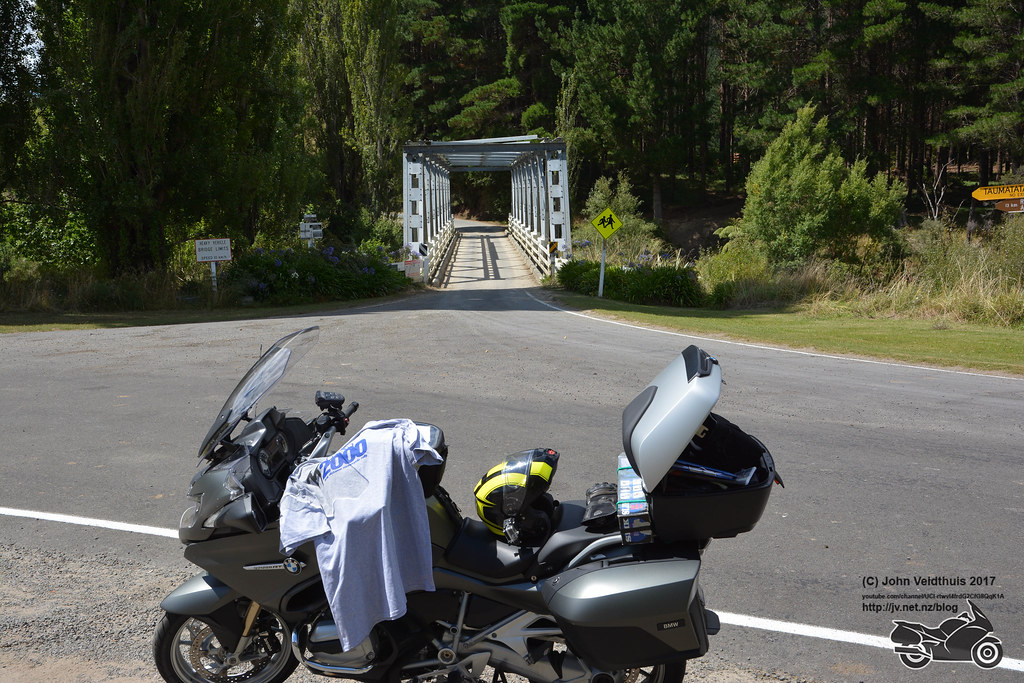 Had a bit of a pucker moment on the road back after about ten minutes when I entered the corner a bit fast as it tightened up on me. A little too much trail braking and the rear locked and stepped out. It nicely lined me up for the corner but gave me a bit of a fright.

Back at Wanganui and a refill with the last of the cheap fuel and it was onto Fields Track via the Paraparas. Always love riding this road and it did not take long to get the next checkpoint. 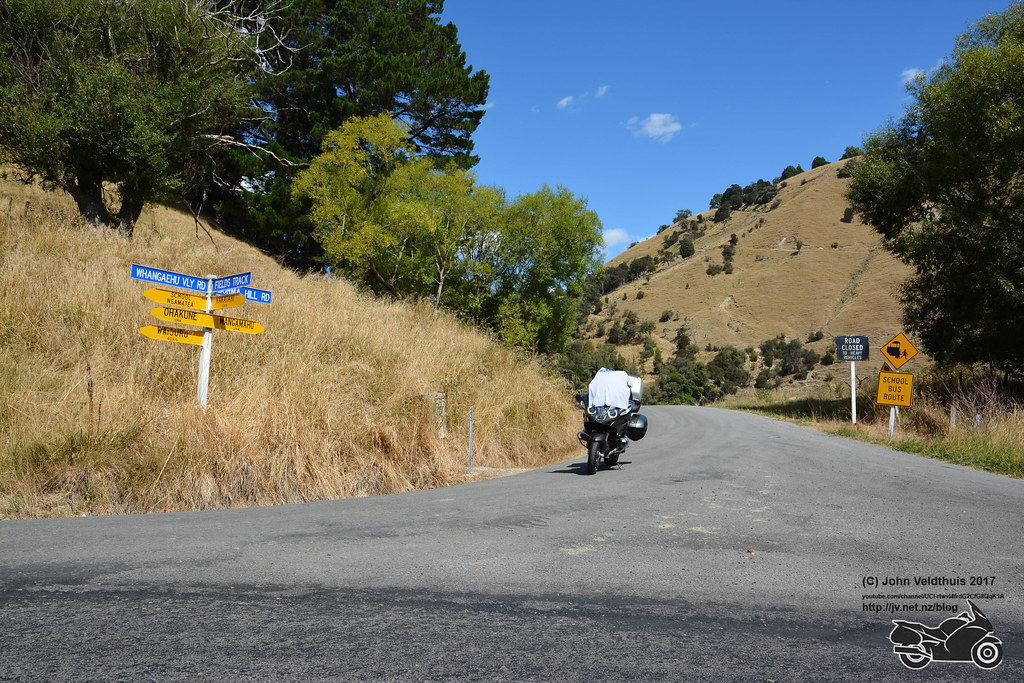 Next on the list was the Tangiwai monument but first the rest of Fields track to be covered. Another pucker moment on a tightish left corner when there was gravel right on the line I was taking. I was leaned over too much to hit it without low siding so stood the bike up and hit the picks and managed to go through it and slow enough with about 6mm of road left. That was luckily the last of my moments for the weekend. It seems a few others also found this patch. 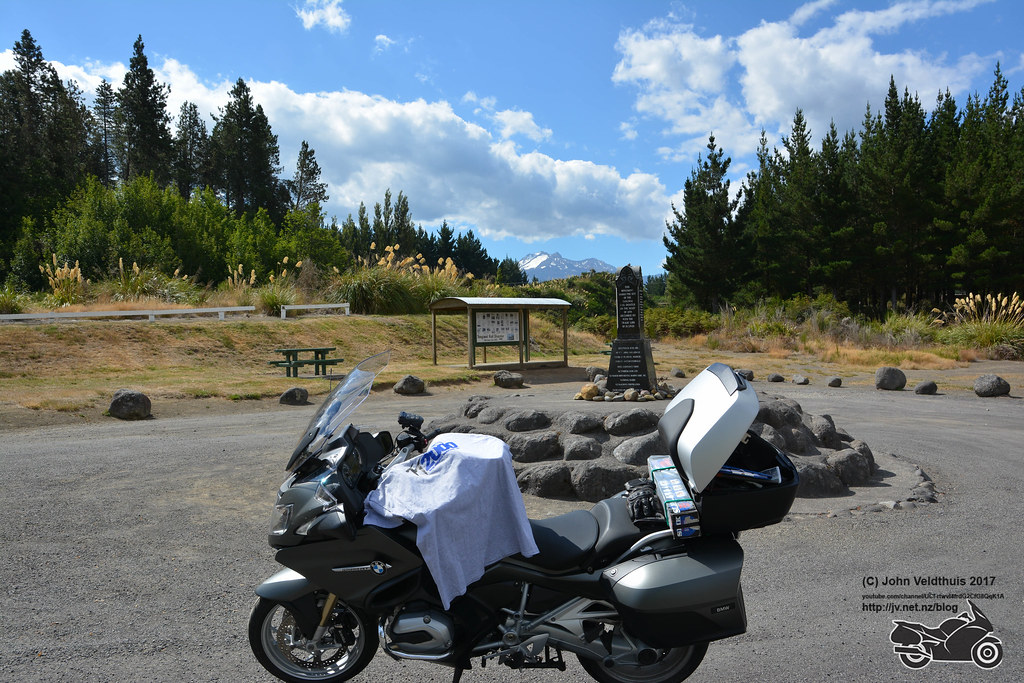 Took the picture and headed for Ohakune and the carrot. Got it and then off for Turoa. Bottom sign said road works expect delays. They stopped me at the bottom for 10 minutes while two truckies decided to have a chat in the road. Finally away only to be stopped 2kms from the top and told they were loading a truck with rocks. After about 15 minutes there was a loud crash and the guy said that they had dislodged a large boulder and it would take 30-60 minutes to clear. Did not have that much time up my sleeve so went down and took a picture at the gate and would write a note on my score sheet explaining why and hope they accepted it. Had more than enough points anyway. 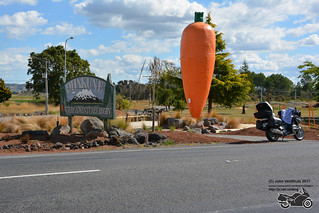 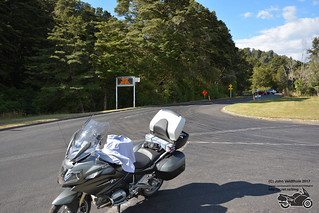 Next stop was Top of the Bruce and the ride over was very nice but wind was starting to get up a bit. After that it was off to Taumaranui and the picture at Piriaka and the view over the Whanganui river. Easy stuff and nice roads. 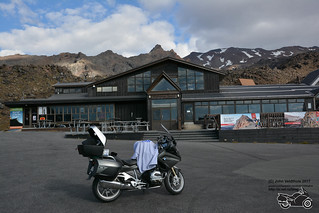 Top of the Bruce, Whakapapa Skifield 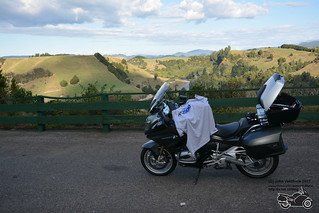 Piriaka view over the Wanganui river

Carrying on next stop was Ngakonui School in the back Taumaranui. 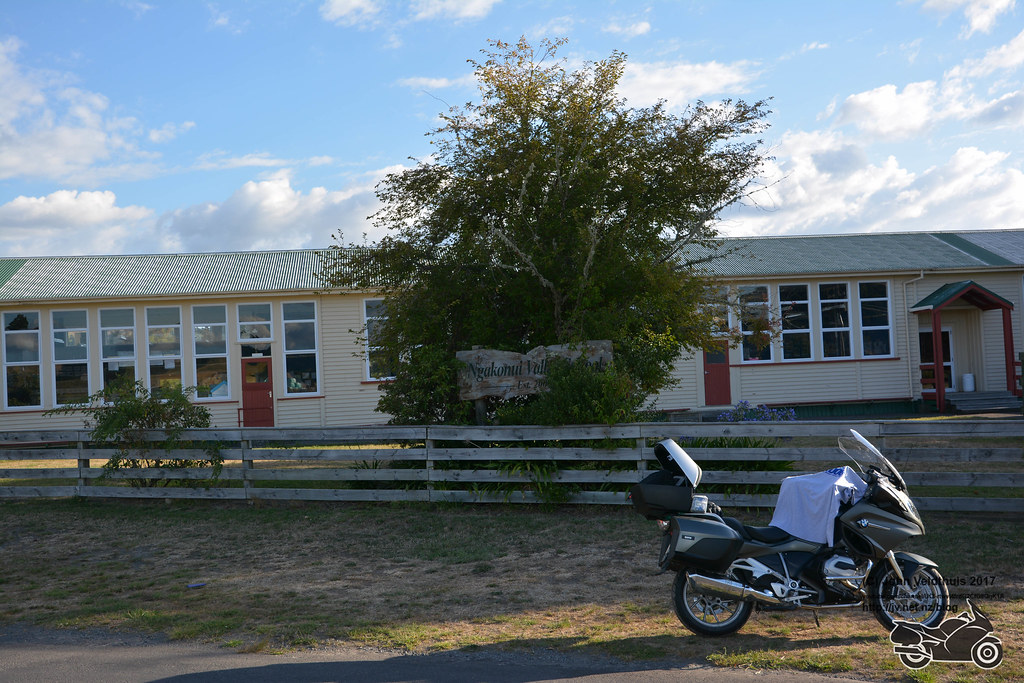 Ngakonui School back of Taumaranui

Next was the stop near Turangi for the Tokaanu hot pools and off to Tree Truck Gorge for a further picture. 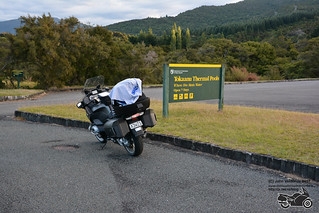 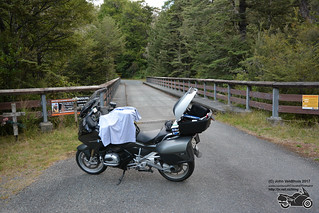 And then onto Waiouru for fuel and a picture of the AA gun. Light starting to fade now and only a little behind what my schedule said I should be. 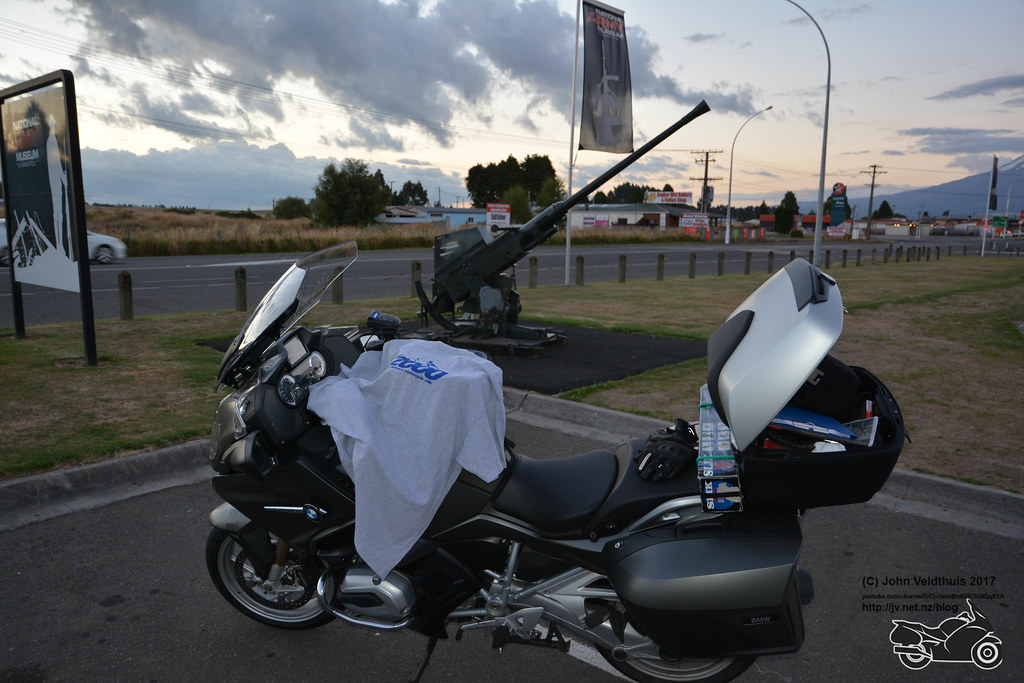 A quick detour off the main road and a picture at Rangiwaea Junction School and was off again back the way I came.
Finally passed through Taihape which was where I was stopping for the night but first I needed my last photo from Mangaweka. There were quite a few cars around going both ways and all of a sudden I saw a set of parking lights on the other side of the road. A quick look over and it looked like a van, a quick check of the speed and thought 113km, damn that had to be a camera van. After taking the photo of Mangaweka Intl Airport and on the way back I confirmed it was indeed a camera van. Had thought I got away with it though as nothing in the mail for two weeks but eventually it turned up, 112kms and $80. Blast. 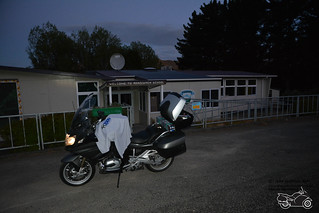 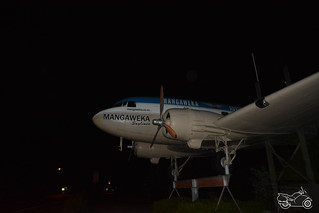 Finally at Taihape and to the motel for the night with McDonalds for tea and some KGB blacks to wash it down. End of day 1. 741 kms and 10 hours total time so far and 25,000 points total.