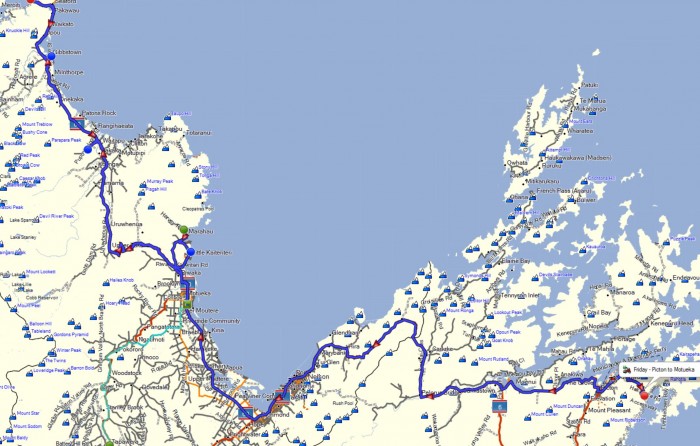 Slept very little on the ferry. The crossing was a bit lumpy and there were a few wave crashes that jolted. But all things end and I popped down for breakfast at 5am. Was early so went outside for a look. Very windy but you could see gaps in the clouds with sky showing through and no rain. Looked promising. Had the breakfast and then it was time to disembark. As we came out we were greeted by heavy rain so I went into Picton and found a veranda to hide under for a while. About 10:30am went to the start location where a few had already gathered. Did the rounds and had a few chats and all too soon it was briefing time. After the brief it was time to go and more than a few went out to “Hakahaka Bay” to get the first 5,000 points. Not as many as I expected though. 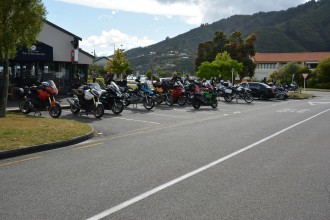 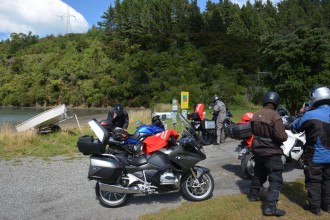 It was about a 3hour ride to the next checkpoint through the Queen Charlot Sounds drive, through Nelson, and over the Taraka Hill to get there. NZTA must have had a cheap deal on yellow paint because there were so many double yellow lines (even on the massive long straights at times) that it was near impossible to pass and when you get plodders doing 50km/h in the 80k zones it gets very frustrating. Can see why so many people have accidents. They pull out at the first point they can even if it is not long enough. Anyway news said flooding around Nelson but did not see any and no issues. Topping the Taraka hill is always breath taking looking down into the valley and man was it cold at the top. You could feel the ice in the air. Was soon at “Pupu Springs” checkpoint and it had changed since the photo. Checked my times and bang on target at 15:47. GPS saying at back packers 18:00 – 18:20. Said this the whole day and plan said 18:10. 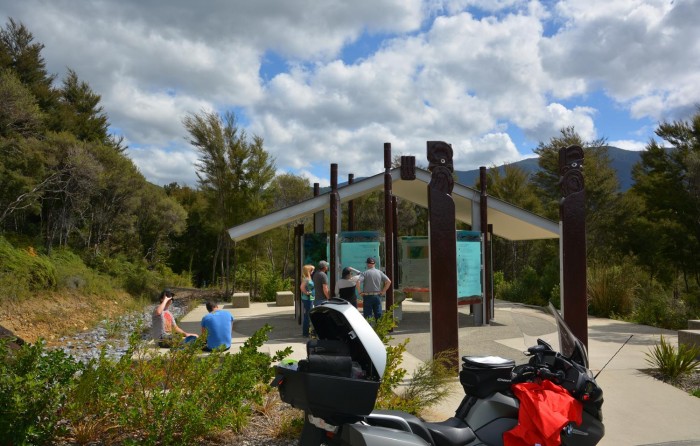 Next a quick hop to the “Courthouse Café” and then onto the “Whanganui Inlet”. Not much out this way so did not linger too long and next checkpoint was “Kaiteriteri” and finally for the day, “Old MacDonalds Farm”. 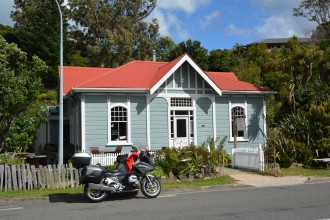 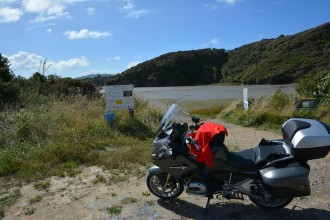 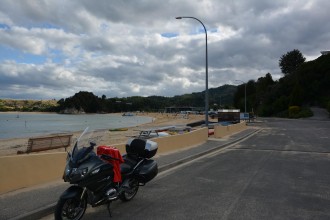 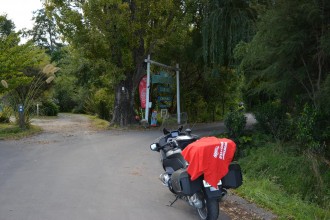 Arrived at the “Happy Apple Backpackers” at 18:20 for my short stay for the night and had something to eat and drink and dropped off to sleep.

Weather for the day was not too bad. The rain at the start was a downer but that soon cleared but the wind was horrendous at times and never let up.