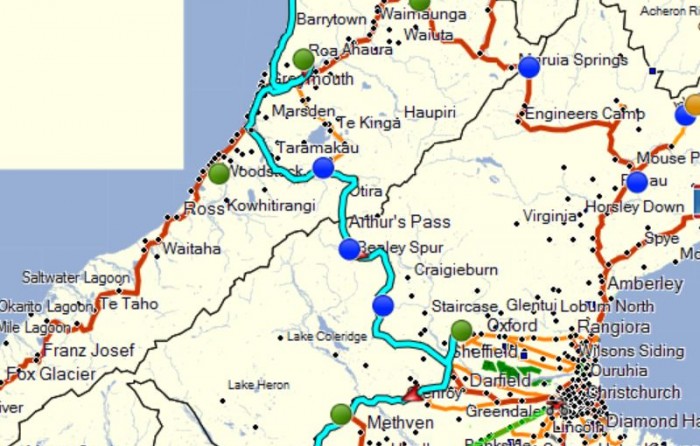 Was up at 1:30am and my plan had me leaving at 2am. Did not really sleep well but it was okay. Quick clean-up and reattach everything to the bike and I was away at 1:55am. Was a bit cool so turned on the handle bar heaters and after a while the seat heater as well. When that didn’t fully work I stopped and put a jersey on. Weather today was supposed to be fine. Tui moment here!

Started off and GPS said final stop at motel would be 17:28. My plan said 17:00 but neither of these knew what was in store later. The first stop was to be “Tapawera” and only 45 minutes away. Took a little while to get used to the night riding and twisty roads again.

Photo taken and next was “West Bay” and “Six Mile”. Snapped both of these off and running to schedule again.

“Inangahua” was next on the list and right on the road side so stopped, snapped, and carried on. 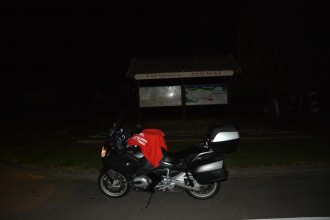 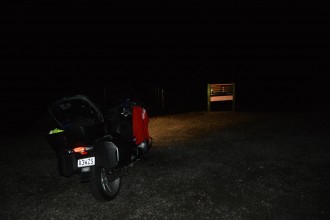 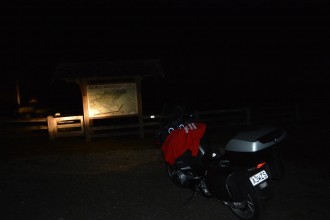 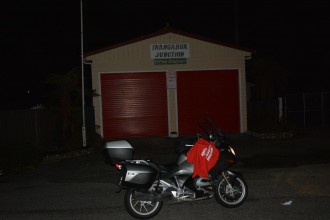 Next stop was “Carters Beach” but just before I got there it started to rain. I thought, “we must be in Westport? it always rains here”. Anyway stopped and put the rain suit on and about 2km further on the heavens opened. Found the beacon in the rain and mist and took the shot. Even managed to snap it with the light on which was flashing. 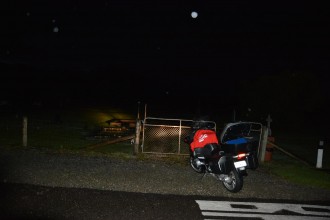 It was rain suit weather for quite a while after this. “Mokihinui” and “Fenian” were next cabs off the rank and had no trouble getting these at all. 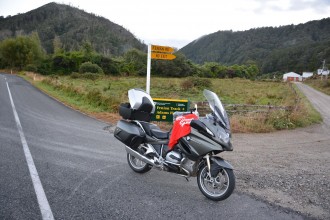 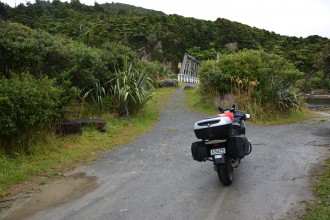 “Fox River” was next checkpoint and about 2 hours ride away. I stopped in Westport and had some breakfast of scrambled eggs, toast, and orange juice at around 8:30ish. Was soon at the checkpoint and on my way to trouble.

On my way out to the “Roa” checkpoint there was some road works. The stones here could have been used for cannon shot they were that big. Took the photo and had to come back through the stones. Suddenly noticed the stones didn’t appear to be pinging off the tires like they normally did so selected up the TPMS and the front was fine at 39psi but the back was at 37psi. Started the day at 42psi so I had a cut. Blast my luck and punctures. Kept watching and it stayed at 37psi. Greymouth was close and I was going to fill up there so refuelled and pumped the tire back up. Checked around it and found a nail the size of a carpet tack in it. Pressure dropped to 37psi in minutes so it had to come out and be Fixed. Now the problems started. There were several places including a motorbike shop but they all had the same excuse. They would fix the tire but they were not mechanics so couldn’t take the wheel off. I wonder how they get on with car tires then. Anyway I said okay each time and asked for some Torx gear and of course they all said they don’t have anything like that. So it was down to a dog turd fix. Again no one would do it or even pump up the tire after I did it but eventually found one who would pull the nail and pump up the tire after I did the job. Had much trouble getting it in but it went in eventually and after pumping up there was one little air bubble coming out. The tire guys put some of their “special glue” on it and was soon on my way. Thanks guys for the hand. The picture below is not the actual nail but is exactly like what came out. A small carpet nail. 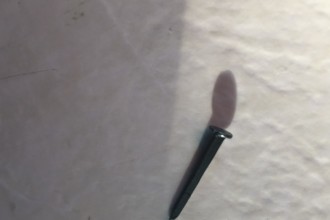 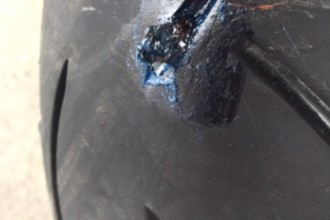 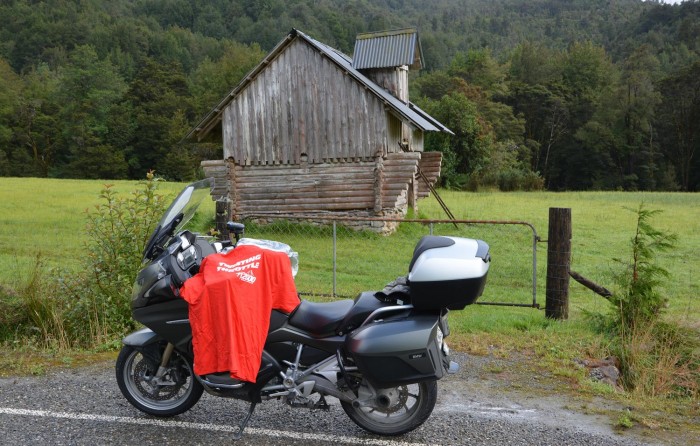 For the rest of the trip I kept an extremely close eye on the two figures and they held all the way home. Must have put on about 2000km on the fix.

Anyway I was now an hour behind my schedule and the next stop was “Inchbonnie”. My GPS soon had me heading down a gravel road and I said no thank you with it only being a 1,000 point and a fresh repair I did not want to take the chance.

Diverted back to the highway and onto “Klondyke Corner” and “Cave Stream”. Arthurs pass had quite a few road works in them, each controlled by a set of lights. Sat at one set for at least 8 minutes and the others about 5 mins each. Having a person doing it would have shaved heaps of time and probably saved the country thousands in fuel bills but no they had lights. Photos snapped and carrying on.

“Coopers Creek” was next on my list and I was running about 45 minutes behind schedule now. That was followed by “Pudding Hill” which I snapped off.

Next was “Clandeboye” after a fuel stop at Temuka but my GPS decided to keep turning me down side road after side road of gravel origin and I refused each time and found myself in Geraldine. Did the fuel stop here and asked a nice friendly chap in a car with red & blue lights the quickest way outta here and he told me which way and soon the GPS was back on track. Going to have to have a serious word with the GPS when I get home as I have it set to avoid gravel roads. I guess in its defence they were more like tracks not roads. 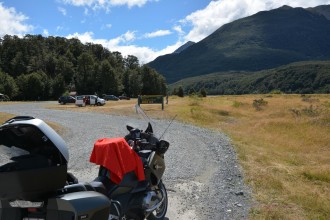 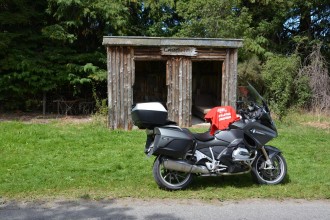 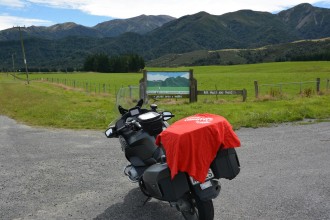 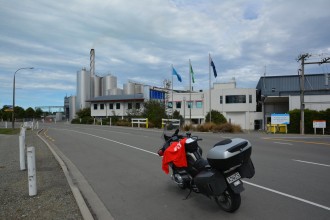 Soon had the “Clandeboye” shot and was off to “Pleasant Point” and “Mystery Checkpoint #4”. Got these two easy shots and GPS had me at the motel at 17:59. I had one more checkpoint to go today at “Elephant Rock” but given my tire I checked my kms. I would be doing 520km on my last day so needed to be at 1500km to not do the last checkpoint. Looked at trip 2 reading at it said 1497 so it was a no brainer. Hit the skip button and new arrival time was 16:57, two hours ahead of schedule. 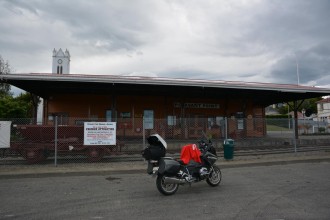 Weather today was a mixed bag with fine and still during the dark morning with rain by and still by daybreak. Once the rain went away the sun came out and the wind came back with it to reinforce what it was doing yesterday.