Once again it was time for the North Island 1600km ride (NI1600). It was planned to start on the 8th of October and for me I decided to take the week off work to make sure I was rested and was not tired at work afterwards. Not much planning to do except for installing the Darla LED lights as the route is not revealed until 7pm the night before. This causes a few issue for me because I cannot get to the unveiling and while they did try and send through the details my mail server bounced it back at the organizers due to being bigger than 10MB in size.

This meant that I had to take my Surface Pro 4 along and would have to program the GPS before the start which meant leaving earlier than I planned for. I was up at 6am on the 8th and a quick check of my email showed nothing through. An update for my GPS was available and Garmin have finally fixed a very annoying bug in my BMW NAV V GPS. After switching off the bike the GPS had to be muted and then unmuted to get it to talk through the bike media system. The update certainly fixed that but it did take two years.

Anyway all loaded up and off by 7am. The weather forecast was not good and rain was the expected theme. Arrived at Turangi at 10am just as the 800km guys were taking off and waited for them to finish before checking in. Got my book and immediately started inputting the check points. No hassles doing this just takes time. Then input the route and checked it against what the original was supposed to be. The routes generally need a few shaping points to ensure it sticks to the right route and does not try and change it after it loads it into the GPS. Found a few deviations and after the shaping points put in I tried to send it to my GPS. The transfer went okay and the checkpoints all went in no problems. The route however while it transferred it would not import into the GPS so could not use it. After much trying and failing I made the route in the GPS but this rarely works properly and comes back to bite you in the butt. This time was no different and is why I like to do it before I go. As an aside I did exactly the same thing on my desktop at home and it worked 100%. Strange! 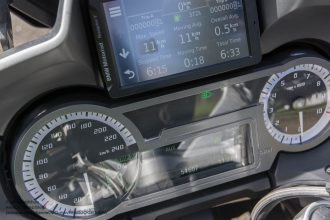 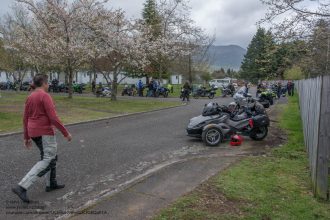 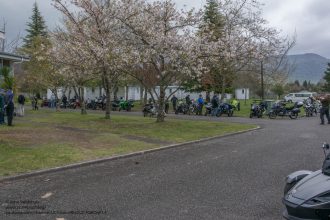 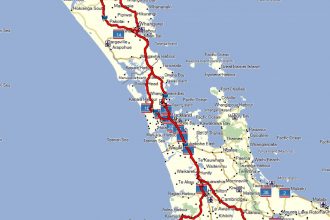 Had an hour to spare so went to BK and had a nice burger and onion rings. Would have been nicer if I didn’t have an ulcer on the roof of my mouth. Then filled up with petrol in case I followed up on the Iron Butt thingy. Got back just as the briefing started.

1pm soon came around and I was in group 1 and was 3rd away and soon winging towards check point 1 at Te Kuiti. New Roadtec 01 HWM tires made the ride very nice and it did not take long to get there. Several riders passed me along the way but I was not really in a hurry at this point. Original time back at Turangi was 7:30am according to Mr. Garmin. Plus, time for stops should be well in the 24 hours. Took the photo of the manned checkpoint and decided to refill at the Z petrol station due to the queue here and also I get a bigger discount at Z.

On towards our second checkpoint near Kawhia. The exact spot was Kinihaku hall and is very near to the incident with the dead bodies that is in the paper at the moment. We took at left at Waitomo and took some nice roads to get up and around to the photo point. Took at photo of the hall and started onto the next checkpoint. There were about six riders left just in front of me but we only got a few kilometres and had to stop at the location of the incident while a truck was backed into the area. There were more cops and reporters than I have ever seen in one spot and as we hauled axx out of the area more police cars were arriving. Counted at least another 6 going in. 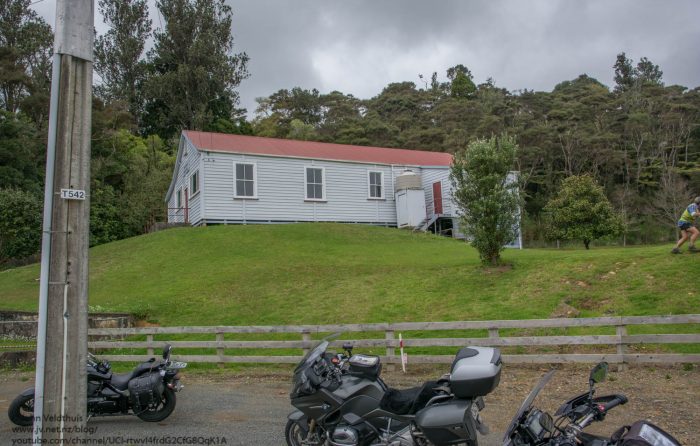 The next haul was quite long at 245km and had to go up to Orewa. My GPS kept telling me to go down side roads probably to link up with the expressway but I just followed the guy in front. Soon on the motorway and slowed a bit. Congestion on a Saturday? My GPS put me wrong again and had me in the left lane after the bridge and I thought it was making me take an off ramp which I did but then said I went the wrong way and to go back onto the motorway. Have not been north of Auckland for years so everything is new for me here. After a while pulled into the manned check point at Orewa and the time was 18:22 and the weather was holding. Had a few spits but it never went past that. 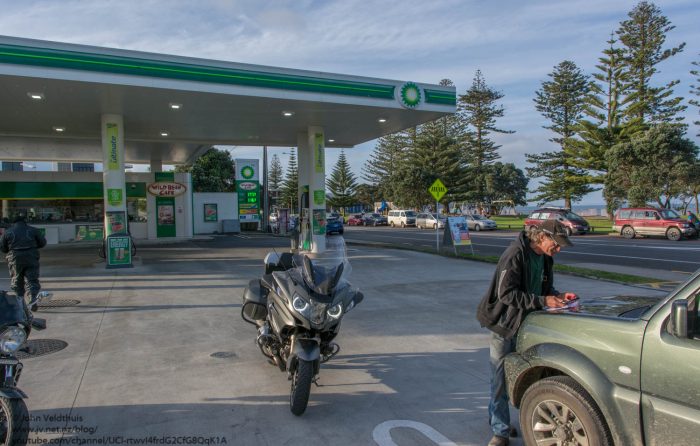 Next checkpoint was a 237km hop to Kaeo but was getting hungry by now and decided to refuel the bike and bod at Whangarei. Refilled at a mobil for 20 cents a litre off and then went to maccers for a burger and coke. After this it was dark and time to try out my new Darla LED lights. Low beam did not seem great at first and they are on 30% at low beam (adjustable 10% to 100%) but in fact they were lighting up all the road signs for miles. Awesome stuff. Got onto the highway again and full beam really showed what they had in them with the LED’s lighting up the side of the road wonderfully. No more unsure of the corner now. The GPS decided it knew a better way and decided to turn me onto a gravel road. Well I said no thanks because 5 out of my 6 punctures have happened on gravel roads so very wary of them. Got back on the main road and Kaeo soon turned up and I refilled the bike for the long haul up to the top of the island and back to Kaitaia. Took the photo and had a chat with the guy already there and the one that arrived shortly after me. 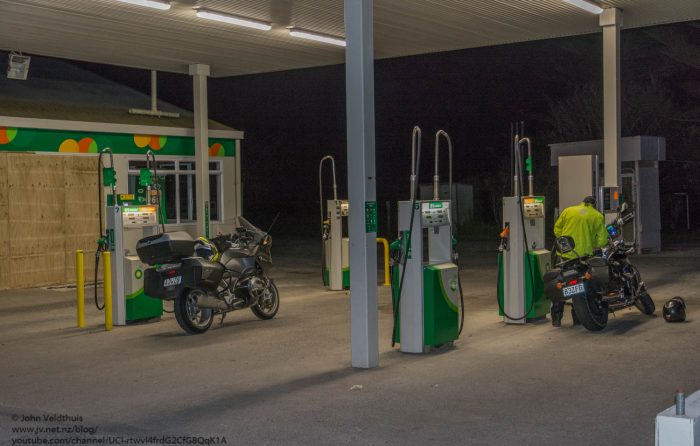 The trip from Kaeo to Cape Reinga is 164km and quite a bit of it twisty. It is a shame it wasn’t daylight as it would have been much nicer. The LED’s made the ride much easier although I did come across one 65km corner which was really in truth a 25km corner. I large amount of heavy braking and a bit of tail wagging and I made the corner fine. The only real incident in the whole ride. The moon was out and stars in the sky. So much for the forecast rain. A possum decided to commit suicide by throwing itself in front of my bike but that was the only one that did. Cape Reinga soon turned up around 23:18. There was a van there with a couple of German sounding tourists and they headed of towards the lighthouse. Not sure what they expected to see in the dark. Tried to find my LED torch and after some rummaging turned it on to find it flat. Must have turned on in the tank bag. Tried my phone but it had been updated to IOs 10 and I couldn’t seem to get the torch part to come up. So took the photo and had a munch on a moro bar before heading off. 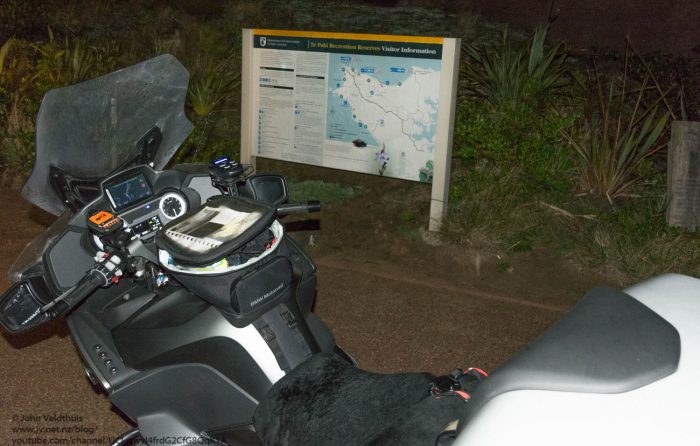 The trip back to Kaitaia was 112km and was straight down SH1. This was a manned checkpoint and I arrived without incident at 0:45. Next stop was the twin bridges and it was 100km away. Again the GPS tried to get me onto a gravel road and I checked the settings to make sure avoid unsealed was one (which it was). This is one reason why I like to make sure the route is set before I go instead of doing it on the fly. U-turned and forced it to recalculate and it was back on track again. Twin bridges showed up at 1:13 and it was very dark. Nearly backed into a drain while I turned the bike around it was that dark. Took 1 photo with just the flash and then took another with the bike lights and LED’s on to show how good they are. 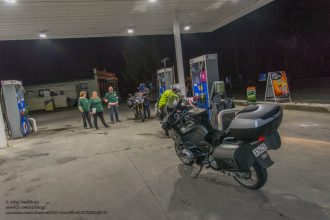 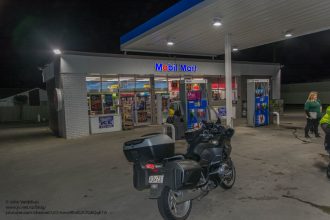 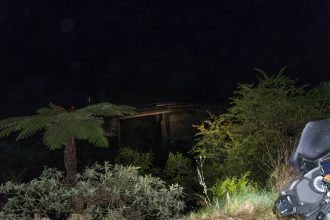 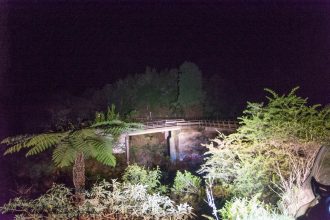 Kumeu was the next stop 200km away and there was quite a bit of twisty roads. These would have been great in the daylight but at night they were draining. The road markings had faded badly in the middle and the sides had nothing so it was keep on the toes 110% to keep the speed up and be safe. Arrived at 4:38 and took the photo and had another bite of moro bar and refuelled the bike the last time before Turangi. 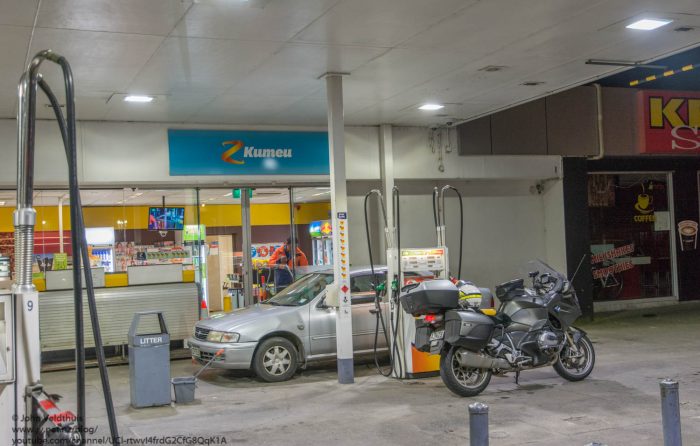 9th and final checkpoint was also manned and a quick 68km jaunt done the motorway to Bombay. Yep the place where Jafa’s think the North Island stops. I arrived here at 5:25. A few bikes here and I was surprised at how many had pulled up. Maybe they thought it was going to rain? 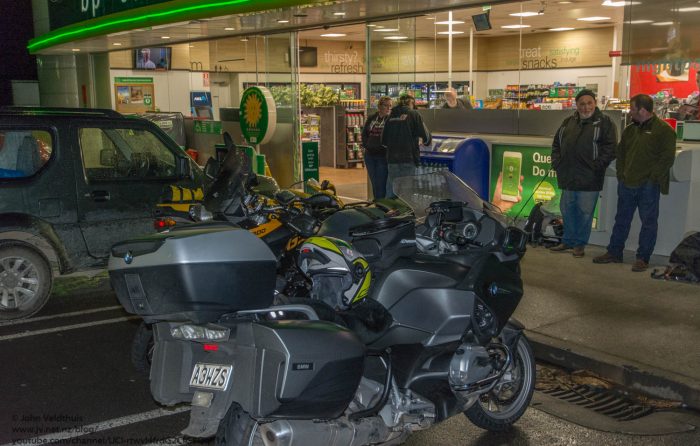 Onto the final leg now and I decided to let Mr Garmin take me back to Turangi. He decided to take me down towards Cambridge and down the left side of Taupo looking south. It was starting to get daylight now and I was also starting to feel a bit tired. Was thinking of pulling over for a power nap when Putarau loomed and there was a shop open for breakfast. Pulled in and had some bacon and eggs and a juice and was soon refreshed. My GPS was showing around 8:30 arrival before this stop and was now showing 9:00. The rain soon started coming down at Litchfield and it was bucketing down so I stopped under a rest area and put the rain suit on. The new Roadtec 01 HWM tires handled the wet as well as it handled the dry but still could not handle the slick tar bits which felt like ice.

I arrived at Turangi bang on 9:00 and then checked in. After checking I had all the stops and had done the distance (1612 kms completed) I was free to do what I wanted. My butt was aching but it still had another 300kms to go before getting home. As I had just had my breakfast I decided to forego the food available and head home. It rained about half the way back. I went through National Park, down the Parapara’s to Wanganui then home to the Naki arriving at 12:30. 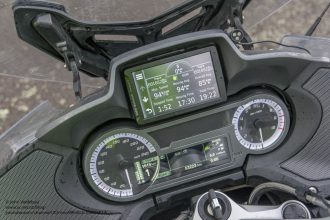 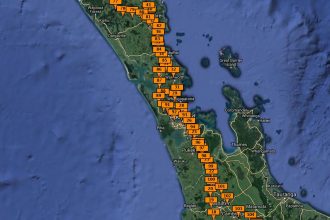 My 3rd NI1600 complete. Average moving speed was a respectable 94km/hr so managed to keep the speed up through the night due to the LED lights.

Thanks to the organisers and they gave a very nice route this year on roads I have never ridden before. I have included the GPS map of where I should have gone and also a spot map of my actual track. Spot sends pings out every 5 minutes saying where I am. Looks like it missed a couple. The spot track included the ride over and back home again.