North Island 1600 2016 (N I1600) Once again it was time for the North Island 1600km ride (NI1600). It was planned to start on the 8th of October and for me I decided to take the week off work to make sure I was rested and was not tired at work afterwards. Not much planning to do except for installing… Read more » 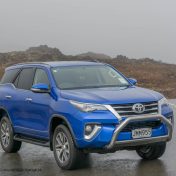