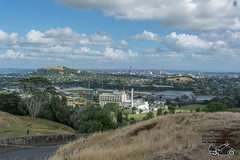 Put Saturday 4 November 2017 in your ride calendars right away! This November will once again see two 1,000km Cruise rides on the same day – the 1KCs. One will start and finish in Wellington, the second will start and finish in Hamilton. The routes for each will be different, with briefing, instructions and checkpoint information sent to registered riders… Read more »

Yes, the much-awaited 2017 Distance Riding Season will kick off again in Turangi this spring. This year will be our fourth 1,600km ride Keeping true to our tradition of “Surprise”, the routes won’t be named until the Friday evening prior to the starts on the Saturday immediately following. Entry forms are up ready for your completion and the provision of… Read more »

Yes, the much-awaited 2017 Distance Riding Season will kick off again in Turangi this spring. Following the success of last year’s inaugural 800km event, our second one of those. Keeping true to our tradition of “Surprise”, the routes won’t be named until the Friday evening prior to the starts on the Saturday immediately following. Entry forms are up ready for… Read more »